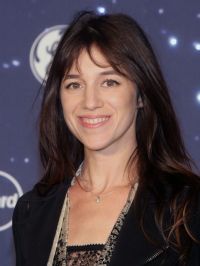 The words spoken at the beginning of Madonna's 'What it feels like for a girl' (2001) is actually a line that Charlotte said in The Cement Garden (1993).

Director Alejandro González Iñárritu engaged her in his movie 21 Grams (2003) because he was a fan of her father Serge Gainsbourg. But he said that he then "fell in love" with her.

At school the other pupils were not always friendly, because she was the daughter of Serge Gainsbourg.

Half-sister of Lou Doillon and Kate Barry (whose father is composer John Barry) from her mother's side.

Member of jury at the Cannes Film Festival in 2001

At the age of 13, she recorded a duet with her father, Serge Gainsbourg, called "Lemon Incest", which was featured on Serge's 1984 album, "Love On the Beat". The song raised a lot of controversy.

The face of the brand Gerard Darel since 2003.

She and her boyfriend, Yvan Attal, expecting their third child [May 2011].

Gave birth to her second child at age 31. Daughter, Alice Attal, was born on November 8, 2002. Child's father is her boyfriend, Yvan Attal.

Was originally cast as Kate Connor in Terminator Salvation (2009) but was replaced by Bryce Dallas Howard.

Resides in the elegant 7th arrondissement of Paris, France, her father's birthplace.