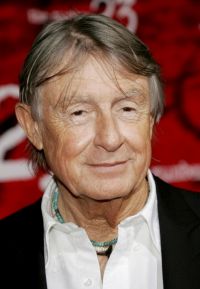 He directed the music video "The End is the Beginning is the End" performed by Smashing Pumpkins.

Directed the video for Devil Inside by INXS.

His mother is Swedish.

Worked as a store window dresser before getting into films.

On the interviews and audio commentary for the Batman And Robin 2-Disc Special Edition DVD released in 2005, he says that he was under pressure from toy companies and Warner Brothers management to deliver a family-friendly film and admits he went too far in that direction, but takes full responsibility for the end result and, at one point during the interviews, flat-out apologizes to fans that were disappointed.

Was originally attached to direct Runaway Jury (2003), having previously filmed two other John Grisham adaptations, The Client (1994) and A Time to Kill (1996).