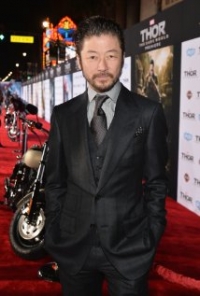 Described by some as a cross between Johnny Depp and Toshirô Mifune, Asano Tadanobu is certainly the hippest, if not the single most important, Japanese film actor working today. His father, an actors' agent, suggested he take on what became his first role, in the TV show "Kimpachi Sensei," at the age of 16.