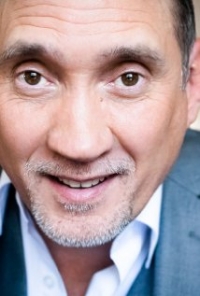 Primarily a theatre actor for many years, Douglas is now leaving his mark in film and television by creating such fan favorites as "The Bird Man" on ABC's Grey's Anatomy and more recently as "Edison Po" on ABC's Marvel: Agents of S.H.E.I.L.D. As a writer, he was the first recipient of Humanitas' "New Voices", which paired him alongside industry juggernaut Shonda Rhimes. Current projects include, "Building Bridges" which Douglas wrote and will star in opposite Elizabeth Perkins, KaDee Strickland, Jeff Perry and Guillermo Diaz.