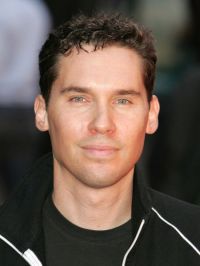 His production company, Bad Hat Harry Productions, is named after a line in Jaws (1975), one of his favorite movies.

Attended The School of Visual Arts in New York City for a brief period of time but did not graduate from there. Visited the school in October 2000 to talk to the film students about his experiences in the film industry.

His favorite movie is Jaws (1975). His production company is named 'Bad Hat Harry', after a line said by Chief Brody in the film.

Received a copy of the mockumentary Forgotten Silver (1995) (TV) as a gift from director Peter Jackson, to thank him for finishing Ian McKellen's scenes in X-Men (2000) in time for him to fly to New Zealand and begin work on The Lord of the Rings: The Fellowship of the Ring (2001).

Is a big Star Trek fan and had a cameo appearance in Star Trek: Nemesis (2002) as a crewman on the bridge of the U.S.S. Enterprise.

DC Comics offered Singer access to the 20-plus years of development information that Superman has had since 1986, but Singer vehemently refused to use this information, instead insisting that he use only the continuity of the Richard Donner films.

Turned down the chance to direct X-Men Origins: Wolverine (2009), as he was too busy with other projects.