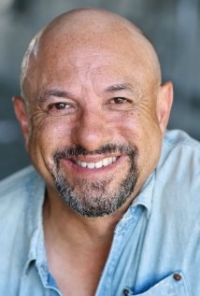 Kyle Heffner was born in Chicago, Illinois. His parents noticed his acting ability early and enrolled him, at 11 years old, in a well-respected children's theater, The Jack and Jill Players. After a few plays he began working as a professional in commercials and educational films. His passion for acting took him to Northwestern University. After receiving his degree, he set out for Los Angeles in his grandfather's Ford Granada. Kyle's L.A. angel turned out to be Garry Marshall, who put Kyle to work in Young Doctors in Love (1982), Marshall's directorial debut. "Doctors" was produced by Jerry Bruckheimer, which led to Kyle's portrayal of Richie Blazik in Flashdance (1983). Heffner has appeared in over a dozen films since then, including Runaway Train (1985), The Woman in Red (1984), When Harry Met Sally... (1989), High Crimes (2002), and The Hallmark MOW's Family Plan (2005) and Wishing Well (2009). Rounding out his career are numerous national commercials and dozen's TV guest-starring roles which include "Curb your Enthusiasm" (2004), "Seinfeld" (1990), Gideon's Crossing (2000), Suddenly Susan (1996)), and LA theater such as "In Heat" (2008) at the Lost Studio.