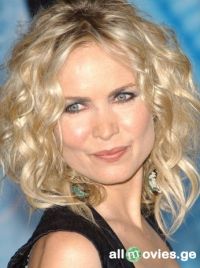 Small, blonde, and Australian, Radha Mitchell first made an impression on international audiences as the paramour of a heroin-addled photographer (Ally Sheedy) in Lisa Cholodenko's High Art (1998). Mitchell, a native of Melbourne, began acting when she was still in high school and had her professional debut on the popular Aussie soap Neighbours in 1994. Two years later, she made her film debut in the romantic comedy Love and Other Catastrophes, in which she starred as a college student experiencing a messy breakup with her girlfriend (Frances O'Connor). The film proved to be fairly popular in Australia, but it wasn't until she was cast in High Art that Mitchell gained an introduction to a wider audience. The critical success of High Art made it possible for her to do more international work, and her increasing popularity was reflected by her subsequent casting in a number of projects. Among them were Pitch Black (2000), a sci-fi horror film in which Mitchell played a pilot whose ship crashes on a hostile planet, and Everything Put Together (2000), a drama about a suburban woman (Mitchell) shunned by her peers after the death of her baby.