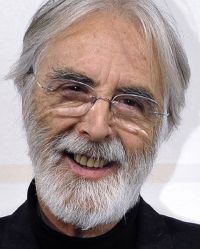 Besides working on his various movie projects, he also works as a professor for directing at the Vienna Film Academy.

He started his career as a playwright for the Südwestfunk (ARD) in 1967 and started working as a freelance director for TV and theater in 1970.

He was raised in the city of Wiener Neustadt, Austria and later studied psychology, philosophy and theatrical sciences at the University of Vienna, Austria.

His statement that "A feature film is twenty-four lies per second" is a reversal of and most likely a reference to Jean-Luc Godard's famous quote, "The cinema is truth, twenty-four frames per second.".

He has made films in French, German and English.

He is fluent in French.

As a playwright he directed a number of stage productions in German, which included works by August Strindberg, Johann Wolfgang Goethe and Heinrich von Kleist in Berlin, Munich and Vienna.

Started making feature films after 21 years of working in Television. He was 46.