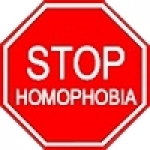 He was happy to join in the festive spirit for the Games by running along dressed in a colourful tracksuit at an Olympic parade in Sochi.

But the UN Secretary General was totally serious with some forthright comments condemning homophobia.

But speaking before the International Olympic Committee, he said that hatred had "no place in the 21st century".