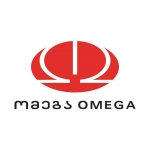 From the 3rd until the 7tth of February 2013, the Annual BMW official importers’ meetings took hold by Omega Motors, the official importer of BMW and MINI in Georgia.Mrs. Leli Abuladze, the Omega Motors Director, said “This business meeting take place annually in a different country. This time we hosted these meetings in Tbilisi showroom for five days: the first four days were dedicated to conferences where were discussed the budgets, summed past achievements and set goals for the next year. The fact that such event was held in Georgia underlines that our country gives good hopes with its results.”As far as we know, ten business representing ten countries submit their results, and we are proud to say that Omega Motors was one of the top leaders. Our work was rated positively and as one of the best from BMW representatives, this is because of accomplished high standards by us.We are happy with this event as all guests expressed admiration for our country.