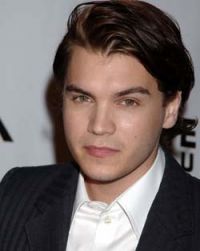 He grew up in Los Angeles, California and Santa Fe, New Mexico.

His father, David Hirsch, is a producer and his mother, Margaret Davenport, is an artist.

He attended the The Hamilton Academy of Music and The Performing Arts in Los Angeles.

His sister, Jennifer Bolduc, is an artist and is married to Samuel Bolduc, a composer.

Had the same Home Room teacher at Hamilton Academy of Music and The Performing Arts in Los Angeles as skateboarder - Actor Frank Miranda .

Along with Jessica Biel, Isabel Lucas, musician Santi White, rapper Lupe Fiasco (and many others), he hiked Mount Kilimanjaro in Tanzania on a benefit climb called Summit On The Summit, to bring awareness and relief to the world's clean water crisis.