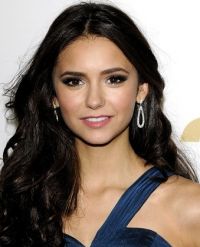 Nina Constantinova Dobreva was born in Sofia, Bulgaria. She moved to Canada at the age of two and has lived in Toronto, Ontario since. From a very young age she showed great enthusiasm and talent for the arts: Dance, Gymnastics, Theatre, Music, Visual arts, and Acting! Modeling jobs led to commercials, which then turned into film auditions. Shortly after, she booked roles in feature films "Fugitive Pieces", "Away From Her" and the popular television series "Degrassi: The Next Generation" on CTV.

Nina loves to travel and has often visited Europe both for pleasure, as well as competing internationally representing Canada in Aesthetic gymnastics. She enjoys playing volleyball, soccer, swimming, rock climbing, wake boarding, snowboarding, and horse back riding to name a few.

But above all acting is her passion, and she sees it as an adventure that has just begun; she believes that the journey and the characters we create along the way will help us understand ourselves.