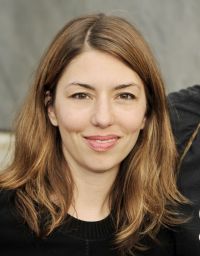 Her film debut: as the baby (boy!) in the christening scene toward the climax of The Godfather (1972).

Designer for street fashion label Milkfed, which she calls "a small t-shirt company"

Replaced Winona Ryder in the role of Mary Corleone in The Godfather: Part III (1990).

Is the third woman in history and the First American Woman to be nominated for a Best Director Academy Award.

In 2004, she became the first American woman ever nominated for best director Oscar. The two other past Oscar nominees were Jane Campion who is a New Zealander and Lina Wertmüller who is Italian.

Sofia and her ex-husband Spike Jonze have both received Oscar nominations for Best Director, having been the first married couple to do so.

With her 2004 Oscar win for screen writing, she joined her family, The Coppolas, to becoming the second family to have Oscar winners in three generations with her father, Francis Ford Coppola, grandfather, Carmine Coppola, and cousin, Nicolas Cage, all winners. The first family is the Hustons - Anjelica Huston, John Huston and Walter Huston.

A friendship of many years with Quentin Tarantino blossomed into a serious relationship recently following Sofia's separation from her husband, Spike Jonze.

Is one of a select few who has won both an Academy Award and a Razzie.

Designer Marc Jacobs named a bag after her: The Sofia Bag.

Is one of two "Star Wars" cast members to direct a cast mate in a movie. Frank Oz directed Ian McDiarmid in Dirty Rotten Scoundrels (1988) and Terence Stamp in Bowfinger (1999). Coppola directed Hayden Christensen in The Virgin Suicides (1999) and Rose Byrne in Marie Antoinette (2006).

Has stated that her favorite band is The Chemical Brothers.

Has mainly Irish and Italian ancestry, along with some English.

Her first appearance on film was as the baby in the Baptism sequence in The Godfather (1972). This was the inspiration for a scene in Star Wars: Episode III - Revenge of the Sith (2005), in which Chancellor Palpatine declares the formation of the Empire while Anakin Skywalker kills the separatist leaders. Coppola appeared earlier in the Star Wars series, as the handmaiden Sache in Star Wars: Episode I - The Phantom Menace (1999).

At age 32, became the youngest woman ever to be Oscar-nominated as Best Director for Lost in Translation (2003).

Collaborated with french fashion house Louis Vuitton on a collection of handbags (2008) and the resort collection 2012 (2011).

Gave birth to her second child at age 39, a daughter Cosima Croquet on May 18, 2010. Child's father is her boyfriend [now second husband], Thomas Mars.

Married to her longtime boyfriend Thomas Mars, with whom she has two daughters - 4-year-old Romy and 1-year-old Cosima. It is her second marriage. [August 27, 2011].