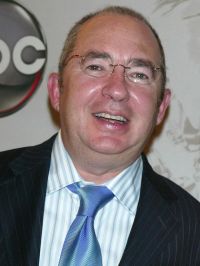 Barry Sonnenfeld was born and raised in New York City. He graduated from New York University of Film School in 1978. After "refining" his craft on several hardcore porn films, he started work as director of photography on the Oscar-nominated In Our Water (1982). Then Joel Coen and Ethan Coen hired him for Blood Simple. (1984). This film began his collaboration with the Coen Bros., who used him for their next two pictures, Raising Arizona (1987) and Miller's Crossing (1990). He also worked with Danny DeVito on his Throw Momma from the Train (1987) and Rob Reiner on When Harry Met Sally... (1989) and Misery (1990). Sonnenfeld got his first work as a director from Orion Pictures on The Addams Family (1991), a box-office success released in November 1991. Its sequel, Addams Family Values (1993), was not so successful at the box office, but he got critical acclaim for his fourth directorial effort, Get Shorty (1995). Produced by Jersey Films and based on a novel by Elmore Leonard, the film won a Golden Globe for best male performance. In 1996 Steven Spielberg asked him to direct Men in Black (1997). Starring Tommy Lee Jones and Will Smith, the movie was a critical and financial smash. Producer Jon Peters then asked Sonnenfeld to direct Wild Wild West (1999), an adaptation of an old TV series. This was certainly NOT well received! He also directed the comedy Big Trouble (2002), after which he made his most successful film sequel, Men in Black II (2002).