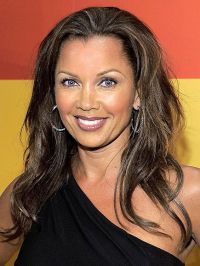 Vanessa Lynn Williams must be credited with making one of the most startling and unexpected comebacks in show business history. Born to teacher parents in New York City, Vanessa and her brother grew up in suburban New York in comfortable surroundings. Vanessa sang and danced in school productions and signed her high school yearbook with a promise to "see you on Broadway". After winning a performing scholarship to Syracuse University, she left school and tried to make it in New York show business. She began entering beauty contests in 1984, eventually winning Miss New York and then becoming the first African-American Miss America. During her reign, some nude girl-girl photos, taken while she was in New York, surfaced in Penthouse magazine. Although the photos were taken before her beauty contest victories, she was forced to resign her crown. Many predicted that her future in show business was over. She landed a recording contract and released several hit albums, including "The Comfort Zone" and "The Sweetest Days". After performing in television roles and music videos, she began appearing in films like Another You (1991) and Harley Davidson and the Marlboro Man (1991). She scored her first big hit film with the thriller Eraser (1996), co-starring with Arnold Schwarzenegger, and followed it up with Soul Food (1997) and the remake of Shaft (2000). She managed to keep her high school promise and performed on Broadway in the musical "Kiss of the Spider Woman", a musical based on the Academy-Award winning film of the same name. As of this writing, she is one of the most beautiful and sought after performers around and she is in rehearsals to star in the Broadway revival of Stephen Sondheim's musical "Into The Woods". She continues to alternate between recording, the stage, films and television.