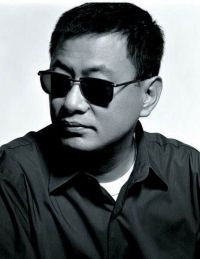 Left Shanghai with his mother at the age of 5, when they emigrated to Hongkong, leaving his father, a hotel director, his brother and his sister behind.

Did not speak Cantonese--the local dialect of Hong Kong--until the age of 13.

Dropped out of an art school and joined a screenwriter's program in 1980.

Does not use detailed scripts for his films.

Never went to a film school.

He claims that his non-linear style of story-telling is inspired by the late Argentinian writer Manuel Puig's novel titled "The Buenos Aires Affair".

Director with the most films (6, all directed between 1989 to 2000) among the Best 100 Chinese Motion Pictures, selected by Hong Kong Film Awards in celebration of 100 years of movies.

[January 5, 2006] It was announced that he has been selected President of the Jury for the 2006 Cannes Film Festival.

Stated that one contemporary director he really likes is Danny Boyle.

He is fluent in English.