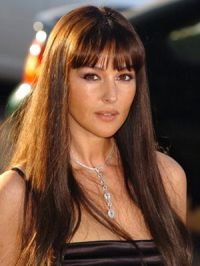 Born in 1964 in the Italian village of Città di Castello, Umbria, Bellucci originally pursued a career in the legal profession. While attending the University of Perugia, she modeled on the side to earn money for school, and this led to her modeling career. In 1988, she moved to one of Europe's fashion centers, Milan, and joined Elite Model Management. Although enjoying great success as a model, she made her acting debut on TV in 1990, and her American film debut in Bram Stoker's Dracula (1992). Her role in the 1996 French thriller, The Apartment (1996), shot her to stardom as she won the French equivalent of an Oscar nomination. Other credits include Malèna (2000), Under Suspicion (2000) and Brotherhood of the Wolf (2001).