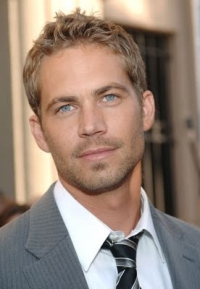 Walker was born in Glendale, California and raised in the San Fernando Valley area of Los Angeles County, the son of Cheryl, a fashion model, and Paul Walker III, a sewer contractor. His paternal grandfather was a professional boxer. He is the oldest of five, having two brothers and two sisters. Walker was raised as a member of the Church of Jesus Christ of Latter-day Saints, or Mormon, church. He attended and graduated from Village Christian School. After high, he attended several community colleges where he majored in marine biology.

Career
Walker's small-screen career began as a toddler, when he starred in a television commercial for Pampers. He began modeling at the age of 2 and began working on television shows in 1985, with roles in shows such as Highway to Heaven, Who's the Boss?, The Young and the Restless and Touched by an Angel.

Walker's film career began in 1987, with the horror/comedy film Monster in the Closet. He and his sister Ashlie were contestants on a 1988 episode of the game show I'm Telling!, finishing in second place. He has continued with roles in several other movies without much success. It was not until 1998 that Walker made his feature film debut in the comedy Meet the Deedles, which finally gained him fame. This subsequently led to supporting roles in the movies Pleasantville, Varsity Blues, She's All That, and The Skulls.

In 2001, Walker's breakthrough role arrived when he starred opposite actor Vin Diesel in the successful action film The Fast and the Furious. The film established Walker as a notable film star and leading man and led to his reprisal of the role in the 2003 sequel 2 Fast 2 Furious. He continued his career with leading roles in films such as Joy Ride, Into the Blue, and Timeline, and also had a supporting role in Clint Eastwood's 2006 adaptation of Flags of Our Fathers.

Walker then starred in the crime thriller Running Scared and Walt Disney Pictures' Eight Below, both released in 2006. Eight Below garnered critical-acclaim and opened in first place at the box office, grossing over US$20 million during its first weekend. During the filming of Running Scared, director Wayne Kramer stated that "[Walker] is that guy on some level" when comparing Walker with his character in the movie, Joey Gazelle. Kramer continued on to say that he "loved working with [Walker] because as a director he's completely supportive of my vision of what the film is. And even better, he's completely game for it."

Walker appeared with T.I., Idris Elba, Chris Brown, Matt Dillon, and Hayden Christensen in the crime drama Takers, which began filming in early September 2008 and was released in August 2010.

The Coty Prestige fragrance brand Davidoff Cool Water for Men announced in January 2011 that Walker was going to be the new face of the brand as of July 2011.

He reprised his role in the fifth installment of The Fast and the Furious series, Fast Five.