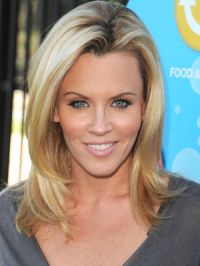 Jenny McCarthy grew up in Chicago, the second oldest daughter of Linda and Dan, a steel mill foreman. She has three sisters. McCarthy was educated at Mother McAuley Liberal Arts High School, before going on to the University of Southern Illinois to study nursing and psychology. However, a lack of funds meant she had to drop out. To earn some money, McCarthy landed a chance to model for Playboy magazine and was 1993's Miss October. She was eventually named 1993's Playmate of the Year.

McCarthy has one son, Evan Joseph, from her marriage to John Mallory Asher. In 2005, Evan was diagnosed with autism and McCarthy has become a high-profile activist in this field. She is also an author, writing successful books on pregnancy and motherhood.