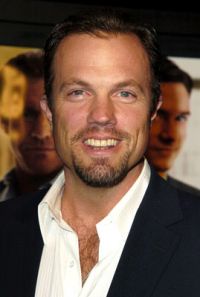 No relation to the Baldwin brothers Alec Baldwin, Daniel Baldwin, William Baldwin and Stephen Baldwin, who are from Long Island, NY (Adam is from the Chicago area).

Is good friends with Jamie Lee Curtis, and appeared in Molly & Roni's Dance Party (2005) (V) as a favor to her.

Recorded his own version of the song "The Man They Call Jayne" for use as an easter-egg feature in the DVD collection of "Firefly" (2002).

According to the commentary track on Superman/Doomsday (2007) (V), he was the original choice to play the voice of Superman on "Superman" (1996): the Animated Series, but was unavailable at the time. The role then went to Tim Daly.

During his time away from work, Adam likes to mountain bike, go bowling, play Frisbee and baseball.

Was named TV Guide's Sexiest Newcomer in 2005 even though he started his acting career in 1980.