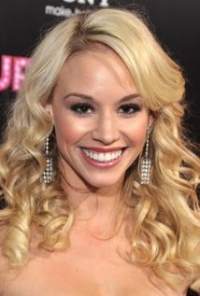 Tyne Stecklein has danced at Miller's since the age of 3. There, she had the opportunity to train with several teachers and, therefore, learn many styles of dance. She has also had extensive dance training in New York and L.A. and, as a member of the 2002 LADF Dance Ensemble, she was featured in the Edge Performing Arts Summer Showcase. At Miller's, she has been featured in numerous productions and has had the honor of holding many lead roles in recital programs as well as full-length ballets. She has performed on the Disney Magic Cruise Ship and the Royal Caribbean Cruise Line. Tyne was a competitive dancer for "Tour de Force" for 9 years. She has won numerous titles and first place awards as well as national titles and recognition. At age 17, she served as an assistant teacher for L.A. Dance Magic Conventions for their national touring season. She was chosen as an apprentice member of "Evolution Dance Company", directed by Mark Meisner, and was a featured dancer in "Soul Escape Dance Company", directed by Justin Giles. She was also named a "Hall of Fame" Dancer for Company Dance Convention.

After graduating from High School, Tyne relocated to L.A. to pursue a professional career in dance. In her first year there, she was selected as a dancer for the national "High School Musical Concert Tour" as well as for the South American tour. She was a dancer in the movies, High School Musical 2 (2007), The Curious Case of Benjamin Button (2008) with Brad Pitt and Step Brothers (2008) with Will Ferrell.

Tyne was honored to serve as an assistant and substitute teacher at Miller's while still in high school. She has choreographed numerous dances for the TDF competitive dance company and looks forward to coming home to check up on her students' progress as well as offer master classes during her visits. She thanks Miller's for their training, support, and opportunities they have provided.