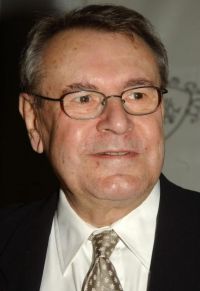 Because his parents died in the Nazi concentration camp of Auschwitz, Jan Tomás became an orphan very early on. Later, he studied screenwriting at the Prague Film Academy (FAMU). In his Czechoslovakian films, Black Peter (1964), Loves of a Blonde (1965), and The Firemen's Ball (1967), he created his own style of comedy. During the invasion of his country by the troops of the Warsaw pact in the summer of 1968 to stop the Prague spring, he left Europe for the United States. In spite of difficulties, he filmed Taking Off (1971) there and achieved his fame later with One Flew Over the Cuckoo's Nest (1975) adapted from the novel of Ken Kesey, which won five Oscars including one for direction. Other important films of Milos Forman were the musical Hair (1979) and, certainly, his biography of Wolfgang Amadeus Mozart, Amadeus (1984), which won eight Oscars.