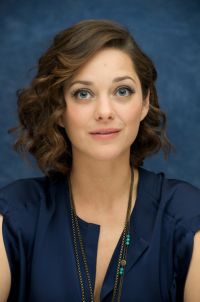 Academy Award-winning French actress Marion Cotillard was born on September 30, 1975 in Paris to Jean-Claude Cotillard, an actor, playwright and director, and Niseema Theillaud, an actress and drama teacher. While still a teenager, Cotillard made her cinema debut in the film L'histoire du garçon qui voulait qu'on l'embrasse (1994). Her first prominent screen role was as "Lilly Bertineau" in Taxi (1998/I), a role which she reprised in two sequels.

In 2007, Cotillard received international recognition for her iconic portrayal of legendary French singer Édith Piaf in La vie en rose (2007). The role won Cotillard the Academy Award for Best Actress along with a César (France's equivalent to the Oscar), a BAFTA Award, and a Golden Globe. That made her only the second actress to win an acting Oscar performing in a language other than English next to Sophia Loren (Two Women (1960)). Only two male performers (Roberto Benigni for Life Is Beautiful (1997) and Robert De Niro for The Godfather: Part II (1974)) have won an Oscar for solely non-English parts.

Cotillard has worked much more frequently in English-language movies following her Academy Award recognition. In 2009, she acted opposite Johnny Depp in Public Enemies (2009), and later that year had a role in musical Nine (2009). The following year, she took on the main antagonist role in Christopher Nolan's Inception (2010), and in 2011 she had memorable parts in Midnight in Paris (2011) and Contagion (2011). In 2012, Cotillard received wide-spread acclaim at the Cannes Film Festival for her role in Rust and Bone (2012), and reteamed with Christopher Nolan in The Dark Knight Rises (2012).

With long-time boyfriend Guillaume Canet, Cotillard gave birth to her first child, Marcel, in May 2011.