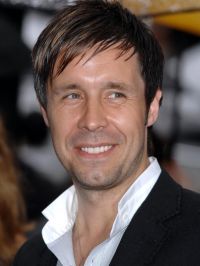 Considine was born in Burton upon Trent in East Staffordshire. He grew up with his brother and sisters in a council house on Vancouver Drive in the large Manners Estate in Winshill, a suburb of Burton. He attended High Bank Infants, Joseph Clarke Junior and finally Abbot Beyne Senior until 1990, when he enrolled to do a National Diploma in Performing Arts. It was at the start of this course, at the Winshill-based Ada Chadwick campus (now demolished) of Burton College, where Considine first met Shane Meadows.

After a short stint in a virtual, comedy thrash group called Grunt, Considine formed the band She Talks To Angels (inspired by a Black Crowes song of the same name) with Meadows as vocalist and 'Bamm-Bamm' Considine (after Bamm-Bamm Rubble of The Flinstones) as drummer. Lead guitarist in She Talks To Angels was Nick Hemming, who was also a member of The Telescopes and now The Leisure Society. Considine has recently started a new rock band called Riding The Low.

Considine went on to get a first class degree in photography at The Faculty of Arts and Architecture, University of Brighton.

He still resides in Burton upon Trent with his wife and three children.
It was whilst studying at Burton College that he met his friend and fellow film director Shane Meadows. Together with Nick Hemming, Richard Eaton and Simon Hudson they formed the band She Talks To Angels, for whom Paddy played drums. Neither Paddy nor Shane completed their Performing Arts course at the college, Paddy moving away to study photography at Brighton University where he secured a first class honors degree. After his return from university, Meadows cast Considine in several short films, followed by his first role in a feature film as the disturbed character Morell in A Room for Romeo Brass (1999). Considine went on to star in Meadows' revenge film Dead Man's Shoes (2004), a film he also co-wrote.

Considine's outstanding performance in A Room For Romeo Brass had not gone unnoticed and Pawel Pawlikowski cast him in Last Resort (2000) the following year. Considine played the love struck misfit Alfie, for which he won the best actor award at the Thessaloniki Film Festival. Considine has since secured nominations at numerous British film awards including one for his role as Johnny in Jim Sheridan's In America (2003).

As well as his lead roles he has had a number of supporting roles in films such as Born Romantic (2000), The Martins (2001), and 24 Hour Party People (2002). During this period he also appeared in music videos, most notably 'God Put A Smile Upon Your Face' (2002) by British band Coldplay and Moloko's 'Familiar Feeling' (2003). Other high-profile films include Pawlikowski's My Summer of Love (2004), Cinderella Man (2005) alongside Russell Crowe and Renée Zellweger, and Stoned (2005).

In 2006, Considine appeared in Spanish thriller Bosque de Sombras (also known as BackWoods) with British actor Gary Oldman, and PU-239 (also known as The Half Life of Timofey Berezin), a drama about the plutonium black market in Russia with Australian actress Radha Mitchell from executive producers George Clooney and Steven Soderbergh. Considine also continued working in music videos with an appearance in the Arctic Monkeys track 'Leave Before The Lights Come On'. Considine featured in the action comedy Hot Fuzz from the writers Simon Pegg and Edgar Wright in 2007. In the same year, he directed and wrote the short Dog Altogether starring Peter Mullan, partially based on the life of his father Joseph. Dog Altogether went on to win the 2007 BAFTA award for Best Short Film, as well as a Silver Lion for Best Short Film at the 2007 Venice Film Festival a Best British Short at the 2007 British Independent Film Awards (BIFA) and the Seattle International Film Festival Short Film Jury Award (Narrative Special Jury Prize). Considine has appeared as a newspaper reporter in the 2007 spy thriller The Bourne Ultimatum alongside Matt Damon. He has reported that he was shortlisted for the role of anti-hero Walter Kovacs / Rorschach in Warner Bros. Pictures' Watchmen but that the role went to Jackie Earle Haley. He has also reported that he had been offered the role of villain Jigsaw in Lionsgate's Punisher: War Zone but that the offer had been retracted. The year 2008 found Considine starring in My Zinc Bed a TV movie for BBC/HBO alongside Uma Thurman and Jonathan Pryce as well as music video director Jamie Thraves' The Cry of the Owl, scheduled for release in 2009. Considine previously worked with Thraves on Coldplay video 'God Put a Smile Upon Your Face'. In 2009 he appeared in the Channel 4 mini series Red Ridings based on the novels by David Peace. Also predicted for a release in 2009 is another collaboration with Shane Meadows in 'Le Donk' a low-budget mockrockumentary featuring the Arctic Monkeys and UK rapper Scorzayzee.